The Haitian art, in general, reflects its vibrant history, peoples, nature, and diverse influences from their African roots, religious beliefs, as well as inspirations from its European colonizers. One can only expect nothing but an exceptional style of expression.

Haiti is one of the many countries in the Caribbean archipelago located on the western part of Hispaniola the second largest Caribbean island next to Cuba. Haiti derived its name from the Hispaniola word Ayiti meaning “land of high mountains. The natives of Haiti are called “Tainos”, who came from South America. Interestingly, after being under Spanish and French occupation, Haiti successfully founded its sovereignty in 1804 through the slave revolution that began in 1791. Haiti made history by being the only country to gain independence through slave revolution the first of the Latin American and Caribbean nations and the first black independent republic. 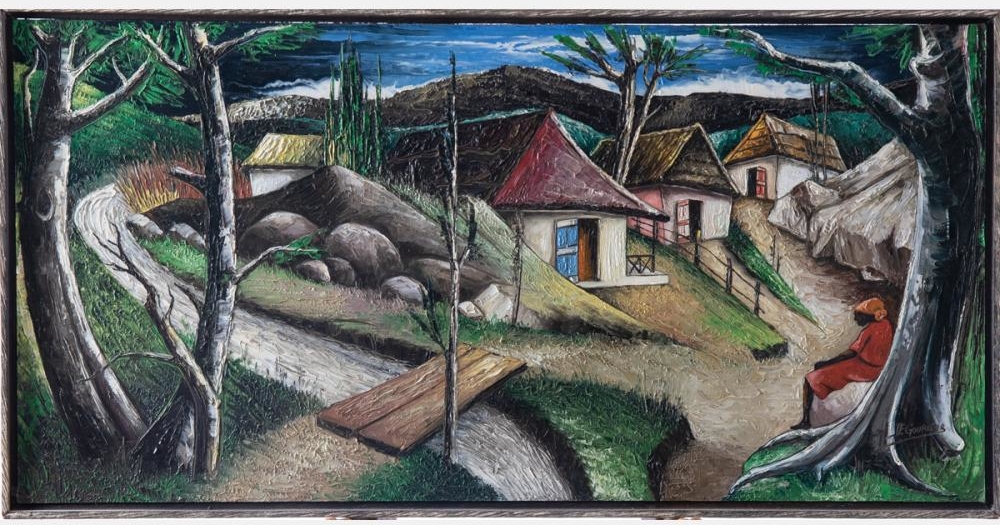 In terms of Haitian paintings, Jacmel, Cap-Haitian, and Saint-Soleil are the three collections in Haiti.  Without showing any Haitian paintings, one can already expect an artistic expression very close to nature, mostly mountains and a strong African-roots influence.  Indeed, high mountains and costal bays are the focus of the school of paintings in the southern island’s third-level division (commune) called Jacmel which the Spaniards founded in 1504. While up in the north, where the French has made it into the “Paris of the Caribbean” during its occupation, Cap-Haitian features the vibrant and interesting lives of its people. Conversely, in the rural arts community, Saint-Soleil displays Haiti’s religious influences from Voodoo, a religion brought over by the slaves from West Africa. 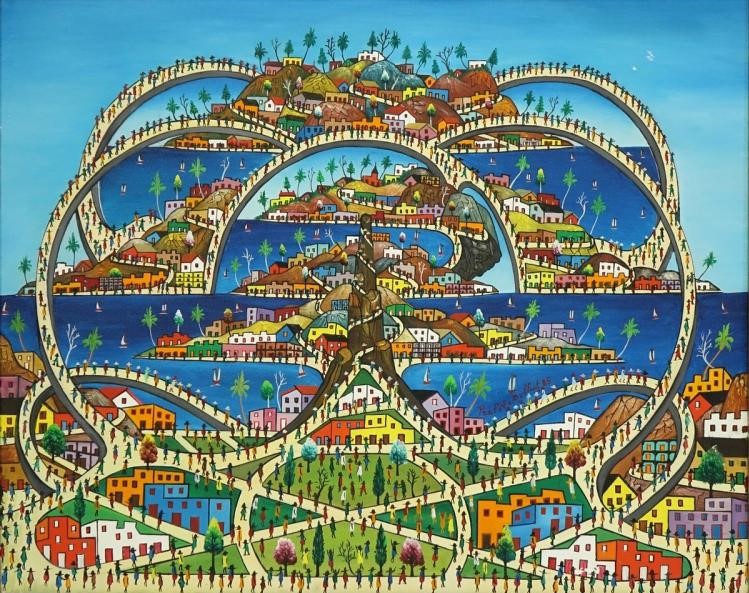 Apart from the above schools of paintings, several art movements happened in Haiti. Like the Centre d’Art d’Haiti (also known as Naïve Art) in 1944, in which the artists are influenced mainly by the vodou art. The paintings use vibrant colors and exemplifies a more liberal art. Famous artists of this school are Andre Pierre, Hector Hippolyte. While there are the Artibonite of the north that have made their own art signature or style, which began in 1950s by Saincilus Ismael. His works are intricately detailed using geometric patterns. 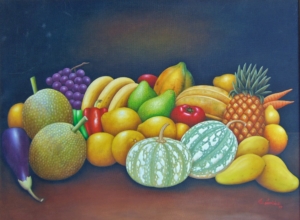 Perhaps Haitian art is more famous for its market painting using specific colors of Casimir red, yellow, and orange. Laurent Casimir mass-produced these paintings, which depict market places packed with people. This painting style has survived even after Laurent Casimir by local artists who have been under his tutelage like Jean-Louis.   As for sculptures, historically, the Tainos made dolls, drawings, and signs representing their deities. With the western colonization and eventual integration of the slaves with the locals, Haitian Vodou art came about because of the slaves’ religion, Voodoo. 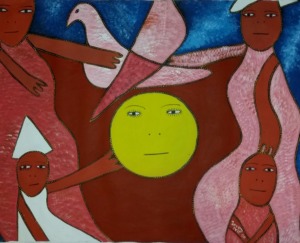 In the modern times, Haiti focuses on the use of recycled materials for sculpture has been the norm. This is evident in “Haitian Steel Drum Sculpture” which has hosted many workshops for years.  Apart from the deities, the Haitians also have the tradition of “flag-making” as part of their decoration in their places of worships. Interestingly, they started using sequins for their flags in the 1940s, which now has been made more vibrant with different colors.