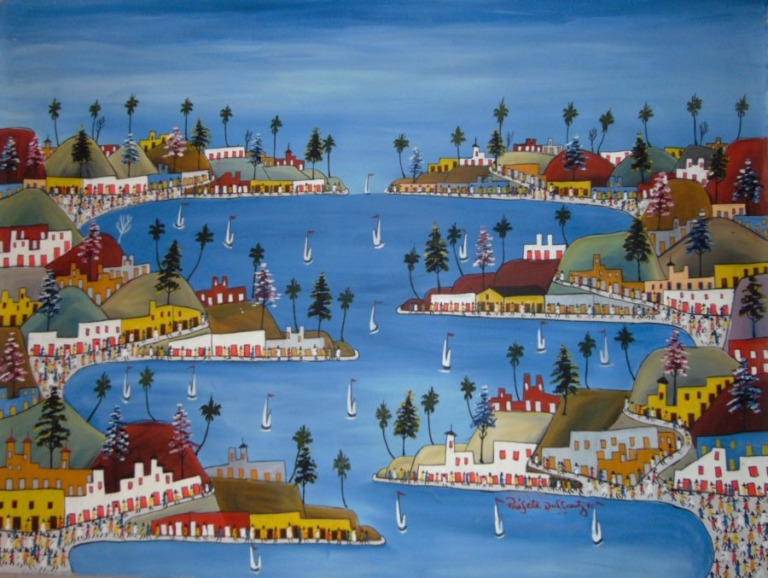 Born in jacmel on January 1st, 1923, Prefete was an unhappy child who took to draw at an early age. He joined the Centre D’Art in 1948 giving up assisting his sailboat-building father. Renowned for his mountainous landscapes with serpentine roads, Prefete Duffaut is often called a “primitive” painter; others refer to him as “naive”. His mural at the Holy Trinity Cathedral in Port-au-prince is a vivid testimony of his enormous talent. Jackie Kennedy Onassis was a collector of Duffaut’s paintings. His work is part of several major museums permanent collections all over the world including THE Museum Of Modern Art in New York and The Museum of Modern Art in Brooklyn. Prefete Duffaut is a “must have” to any serious Haitian art collector.