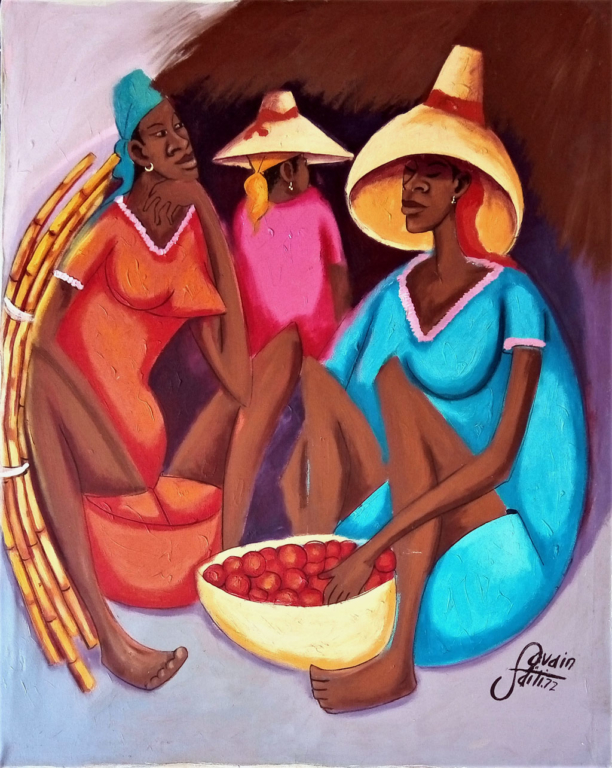 (1906 – 1975) Savain studied at the Haitian School of Agronomy and earned a law degree. He decided to learn painting in 1931, and in 1939 published his first book, La Case de Damballah. In 1940 his painting entitled “Market” won a bronze medal at the New York World’s Fair. He studied at the Art Students’ League in New York in 1941, where his second book, Oeuvres Nouvelles, was published a year later. In 1943 Savain was studying fresco technique with Jean Charlot, tempera painting with Stephane Hisch and wood sculpture with John Taylor Arms. Savain’s personal style has been copied by many Haitian artists, but his pinks and purples are instantly recognizable, as is his use of semicircles and triangles in which painted figures crouch or sit. (Biographical information above taken from Haitian Arts by Marie-José Nadal-Gardere and Gerald Bloncourt – Paris, 1986).